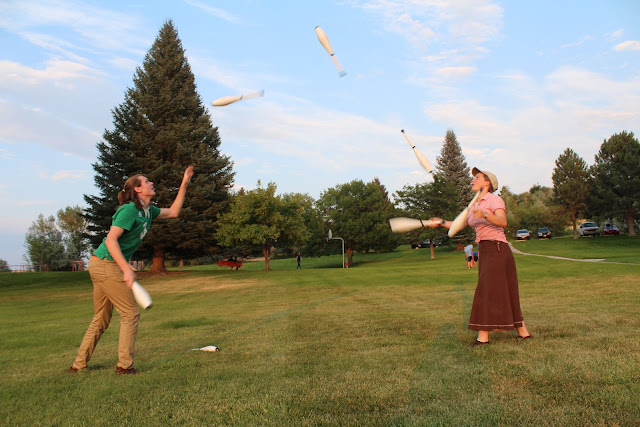 In my first post I mentioned my term "secret-family", but left it mostly undefined.

To me, it's a deep concept now, even though I quite literally just dreamt it up. To begin, consider two apparently contradicting Bible verses:

You are the salt of the earth... You are the light of the world. A city set on a hill cannot be hid. Nor do men light a lamp and put it under a bushel, but on a stand, and it gives light to all in the house. Let your light so shine before men, that they may see your good works and give glory to your Father who is in heaven.

This quotation Matthew 5:13-16 is seemingly contradictory to the demand of Christ in Matthew 6:6:

Matthew 5:13-16 illustrates the idea that we should be public witnesses of Christ to the world yet Matthew 6:6 says that we should be secretive in a sense with our prayer and actions. Both are statements of Christ in scripture, and must therefore be true, but in there apparent contradiction they are definitely confusing as to direction in how one should live. Matthew 6:6 was particularly warning against pride in prayer, receiving praise and adoration from society by a holy life, and living that life for the sake of praise. There is a secondary danger attached to this, scorning others in self comparison to oneself, see Luke 18:9-14 for example, but overall Matthew 6:6 can be quite easily understood. The preceding Matthew 5:13-16 is simple as well, illustrating that we should live for Christ in the world, as his light and instrument. Between the two verse, however, there may still seem to be apparent contradiction, but I propose a unification of the two demands through a third verse.


For I think that God has exhibited us apostles as last of all, like men sentenced to death; because we have become a spectacle to the world, to angels and to men. We are fools for Christ’s sake.

It was true in Paul's time and is true now that society as a whole is often quite against the faith. Secular and confused, atheistic and humanistic, society does not appreciate, or even understand much of what defines Catholicism, home-schooling, faith, and even seemingly cultural practices and interests, hunting, simplicity, the outdoors (in the way opposite to that of the liberal hippie!).

We do much which society does not understand. Explain a bit of how a Catholic homeschooling lives and learns to a typical liberal or secular humanist and you'd get shock and horror.

What! They restrict who their children can talk to?

They (the children) do much of their work on their own?

Shocking things like this would confuse and horrify in a way many the secular or even nominally religious observer.
In a way, Catholic living can be shocking to society, and I say that its a good thing. During my time so far at Wyoming Catholic College, I've met many particular examples of the "crazy" life.

A few interesting ones:

How is all this related to the "secret-family" one might ask.
We can live in a way that answers both quotations from Matthew. Secret and a salt to the earth, we can be both visible to the world, misunderstood and "fools" to it in a sense, yet at the same time secret in that we live so for ways society will choose not to understand.

I am advocating neither total separation from society or pridefully deriding it, although both of these are good to an extent. We must live in society in order to have a chance of bettering it, and must critique society, but must do so in a charitable manner, an important balance that requires again critiquing it, but with personal humility. We  must live in the way we are called to, a way that seems crazy to the world, but must do so also with charity and joy. Society may ridicule and may not understand, but it must see joy and attraction in faithful Catholic living. Like the "hidden life" of Christ before his public ministry we can live in the "holy secret", the love of unity with God in away that is shown to the world but a mystery not comprehended by it. The holy is mysterious, and as such is a secret, so then can be a family, imitating Christ and the Holy Family.

This then is my definition of "secret-family". A family striving to stay true to God, each other, and the call of a family, while living as true patriots , "rendering to Caesar what is Caesar's", while rebuilding culture, culture based on tradition, faith, and the family. I still struggle to put this concept this idea exactly into words, and while I do not yet fully fulfill the ideals that define members of a secret family as I conceive it, the idea is cool! I dreamt the term one night several months ago, and continue to work on defining it, but a secret family, again is my dream concept in both senses of the word. A secret family can go pretty crazy in the estimation of popular culture but this is the beginning of a definition and I hope to expand, explain, and define from here.

So, be secret salt, live crazily in the estimation of the world, but faithful in the eyes of the Father.