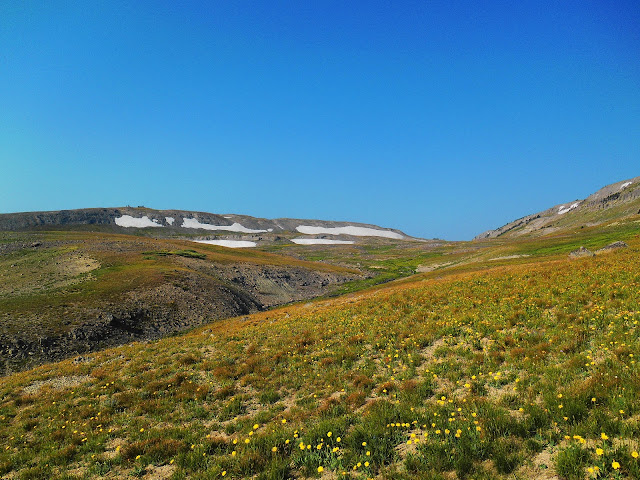 Have we ever even stopped to consider what they are and what they mean?

Throughout the Bible, culture, and history there are ideas of special, sacred places, differences between places requiring a meaning of place. Now this is not in a new-age sense, although I admit that I will use the term "enchanted cosmos" as the term is being taught to us here as by one of our professor, Dr. Jason Baxter.

Again. I mean it in a different sense than the "new-age", enchantment, and "spiritual" ideas, although we know there is a spiritual reality. God works through created things and as such works spiritually in the material. Yet, we see reality simplistically, as a if distance and the difference between things (or kinds of things) is only accidental and by the arrangement of particles.

Maybe this is true - physically - but by the existence of the spiritual beyond the physical, there has to be more.

On the most basic level, all matter owes its existence to God, and as such although material, is as in the Ancient Greek view, droplets of the divine, signs of the gods, or in reality, signs of God's creative power and work.

But God sustains the entire universe in existence through every moment, so all that exists is held in his "hand"; held continually and sustained, in each moment, this power permeates throughout time.

So while vague as an idea, place is important because each thing it is by God and space itself must exist because of a constant "holding in existence" of God. If it were not, then God would basically be doing something without reason, and by the assumption, that because he is God, God acts by reason, God's creation is instead reasonable.

By special then I now mean that there is something to ancient fearfulness and appreciation of specific places. I'm told we study this more in senior year, but we've studied it in another manner already: The wilderness

If place doesn't mean anything, why go anywhere? Conversely, because it certainly does mean something, one can, and we here at Wyoming Catholic have, begun to experience the "realness", the authentic terror of place.

Almost indescribable, there is definitely something to a cold and wind swept trail amongst the burn out remains of an alpine forest. There is something to adoration at midnight in the middle of another forest, or silence besides a lake, to a fearful night watch by a fire, wondering if one will get out. Place matters, and the experiences of the wild in their fearfulness, where man has no or little power is in some way more real than the artificial creations and control man exerts and owns in "civilization".

Somehow, in leaving behind the world, one can draw oneself closer to recognition of the power of God, of the existence of the supernatural, and the simplistic view of the world modern man has through supposed science and "progress". Not that science is wrong, exactly, but that there is a lot more to creation than the physical, and in some way drawing closer to the physical of creation, helps to see beyond it.